A lot of pro-environmental messages suggest that people will feel guilty if they don’t make an effort to live more sustainably or takes steps to ameliorate climate change. But a recent study from Princeton University finds that highlighting the pride people will feel if they take such actions may be a better way to change environmental behaviors.

Elke U. Weber, a professor of psychology and public affairs at Princeton’s Woodrow Wilson School of Public and International Affairs, conducted the study — which appears in the academic journal PLOS ONE — along with Ph.D. candidate Claudia R. Schneider (who is visiting Princeton’s Department of Psychology through the Ivy League Exchange Scholar Program) and colleagues at Columbia University and the University of Massachusetts Amherst.

Past research has shown that anticipating how one will feel afterward plays a big role in decision-making — particularly when making decisions that affect others. “In simple terms, people tend to avoid taking actions that could result in negative emotions, such as guilt and sadness, and to pursue those that will result in positive states, such as pride and joy,” said Weber, who also is the Gerhard R. Andlinger Professor in Energy and the Environment.

Pro-environmental messaging sometimes emphasizes pride to spur people into action, Weber said, but it more often focuses on guilt. She and her colleagues wondered which is the better motivator in this area. To find out, they asked people from a sample of 987 diverse participants recruited through Amazon’s Mechanical Turk platform to think about either the pride they would feel after taking pro-environmental actions or the guilt they would feel for not doing so, just before making a series of decisions related to the environment.

The participants were prompted to think about future pride or guilt by one of three methods. Some were given a one-sentence reminder — which remained at the top of their computer screens as they completed a survey — that their environmental choices might make them either proud or guilty. Others were given five environmentally friendly or unfriendly choice scenarios and asked to consider how making each choice might make them feel pride or guilt. Still others were asked to write a brief essay reflecting on their future feelings of pride or guilt over a real upcoming environmental decision. In the end, there were six groups: one for each of the three reflection methods and within each one section that considered future pride and another that reflected on future guilt.

Next, the participants were asked to make five sets of choices, each with “green” (environmentally friendly) or “brown” (environmentally unfriendly) options. In one scenario, for example, they could choose a sofa made from environmentally friendly fabric but available only in outdated styles, or they could pick a more modern style of sofa made from fabric produced with harsh chemicals. In another scenario, they could pick any or all of 14 green amenities for an apartment (such as an Energy Star-rated refrigerator), with the caveat that each one added $3 per month to the rent. A control group made the same decisions without being prompted to think about future pride or guilt.

A likely explanation, she said — one that’s backed up by a great deal of past research — is that some people react badly and get defensive when they’re told they should feel guilty about something, making them less likely to follow a desired course of action. Thus, guilt-based environmental appeals run the risk of backfiring.

“Because most appeals for pro-environmental action rely on guilt to motivate their target audience, our findings suggest a rethinking of environmental and climate change messaging” to harness the power of positive emotions like pride, Weber said.

We’re so used to seeing a symphony orchestra packed with violinists that we don’t even think to question it anymore. But have orchestras always had so many violins? And why do they need them?

Let’s take the Simón Bolívar Symphony Orchestra as an example. Here they are playing Beethoven’s Symphony No.5, conducted by Gustavo Dudamel – and there are probably about twenty violinists onstage.

This is pretty normal, as a symphony orchestra is usually made up of (give or take) around ten first violins and ten second violins, ten violas, eight cellos and six double basses.

So why does an orchestra need twenty-plus violins?

Violins are well-suited to playing melody, making them one of the most important instruments in the orchestra.

Firstly, they are the highest string instrument, so their bright tone rises above the rest of the string section.

Secondly, they are played with a bow, unlike woodwind or brass instrument which rely on air. This means that players are able to perform longer melodic passages – with plenty of fast finger-work.

And why are there fewer woodwind and brass instruments?

In fact, in professional orchestras today there are often perspex screens positioned in front of the brass, woodwind and percussion sections to deflect some of the force of sound coming from them.

So although violins have a high, singing quality, they are not particularly loud. So, just as you need more upper voices to make sure they’re heard over the lower voices in a choir, you need at least two violins to get a balance of sound with the woodwind and brass instrument. 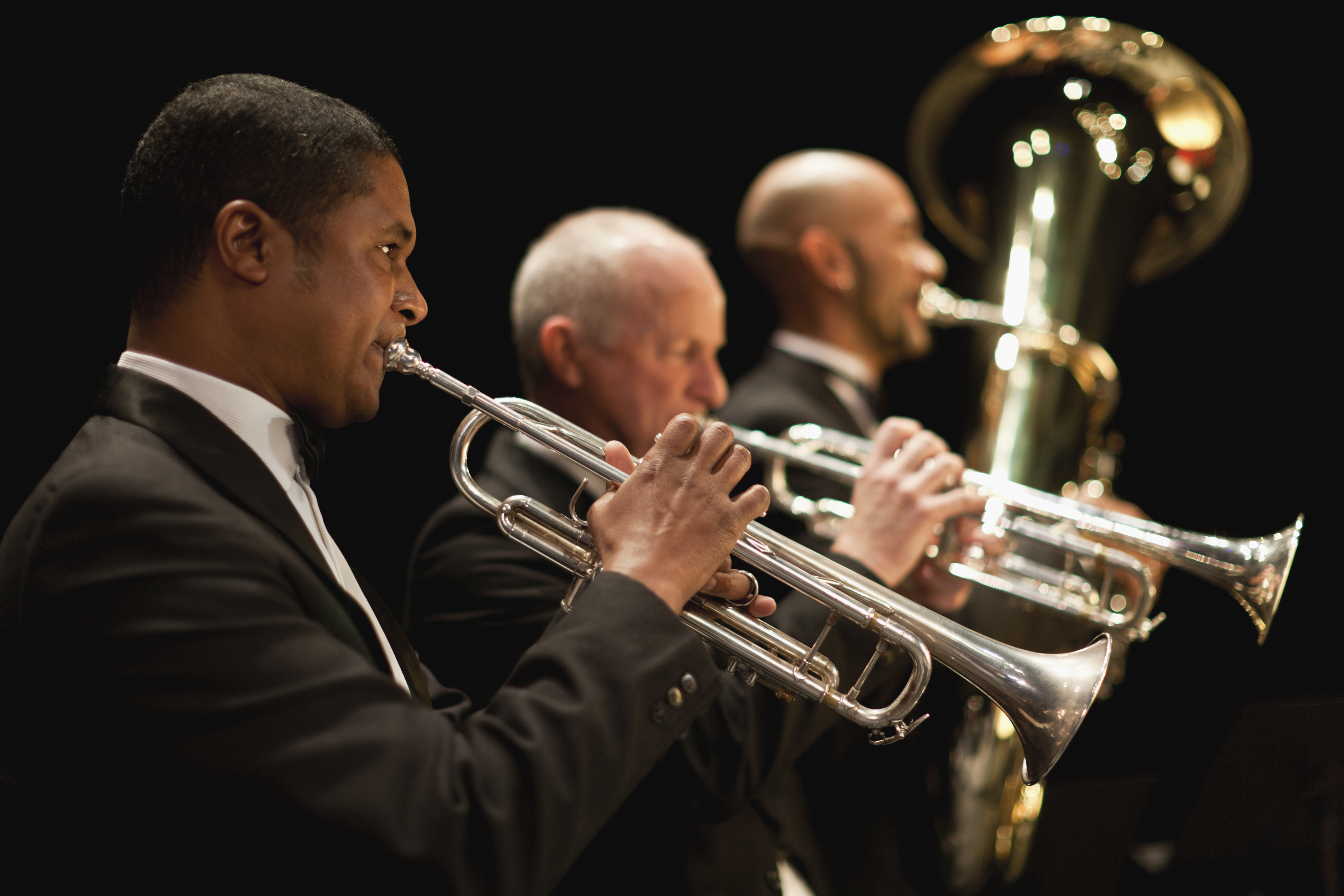 But why do orchestras need two violin sections?

While the first violin section normally has the melody or counter-melody, the second violin section tends to play a lower harmony. This works in the same way for the woodwind section – except the numbers are far fewer.

Simply put, there need to be enough violins to balance out the bright, penetrating sound of the oboe.

It’s also to do with classical music history

Since the Baroque period, violins have pretty much always been included in orchestral scores.

Orchestras specialising in Baroque music tend to be much smaller and more focused on string instruments. In fact, pre-1700s, the leader of the first violin section led the whole orchestra, instead of a modern-day conductor.

However, in Romantic and 20th-century music, composers like Mahler, Wagner and Stravinsky began to write for a wider range of brass, woodwind and percussion instruments.

One result of that was that the orchestras playing Mahler’s Resurrection Symphony or Stravinsky’s The Firebird needed more strings, because the sound of the non-string instruments needed to be balanced out – read more about this on Quora.

Today, the violin is an incredibly popular instrument and some of classical music’s biggest stars are violinists – think of Nicola Benedetti, Joshua Bell and Itzhak Perlman.

But did this all happen by chance? Perhaps if Baroque composers had decided the oboe sounded better on the melody, we might be listening to orchestras with a very different make-up. Or maybe not…